Title: Congratulations to our 2022 Cosmos Scholars!

The Cosmos Scholars grant program provides support to graduate students at Washington, DC area schools, including Georgetown University. These grants, supported by the Cosmos Club Foundation, provide awards of up to $5,000 to meet specific research needs not covered by other supporting funds, including but not limited to special supplies, travel, and unanticipated expenses that would enhance the work.

Over the years, 120 Georgetown University Graduate students have been named Cosmos Scholars. Students have submitted research proposals in various academic fields ranging from literature, to biomedical sciences, to regional studies, and engineering. This year, we are proud to announce that ten Georgetown University Graduate students were selected as Cosmos Scholars.

Tianna Mobley, second-year master’s student in the Global, International, and Comparative History program, has been awarded the 2022 Cosmos Scholars grant in support of her research proposal entitled, “Legal Personalities of Early Modern Afro-Colombians in the Spanish Atlantic.” One goal of her research is to contribute to the construction of a more complete understanding of African history in the Spanish Atlantic—one that is representative of the various experiences of free and enslaved Afro-Colombians. Mobley says, “I applied for the Cosmos Club grant because of its emphasis on scholarly research and it will allow me to visit archives in Madrid and Seville, Spain that had previously been inaccessible due to pandemic conditions.”

Award recipient Katie Hummel is a Ph.D. student in the Pharmacology and Physiology program researching the effects of multi-sensory gamma entrainment in depression and Alzheimer’s disease models. Here, she provides advice to future applicants, “Describing how the award will enhance a project that is currently active, and even showing any preliminary data, will strengthen your application.”

Ph.D. student in Pharmacology & Physiology Joyce Woo’s project “Coordinating Midbrain Inhibitory Circuits during Reward Learning” earned her the special Henry H. Work Meritorious Award in Science. She advises prospective applicants, “Everyone loves a good story. Frame your proposal as if you are writing a story, one in which you, the protagonist, fixes a problem or a gap that is addressed. On top of this, remember that your audience is most likely not in your field. Keep the reader engaged and provide a great background!”

In addition, Tyler M. Rippel, a Ph.D. student in Biology, earned the special Max and Vera Britton Meritorious Award in Environmental Science for his project, “How Does Sea Level Rise and Habitat Fragmentation Impact the Biotic Communities and Carbon Cycling of a Foundation Plant Species?” Martina V. Thorne, Ph.D. student in Spanish Literature, received the Joan Ridder Challinor Meritorious Award for Overall Excellence for her project, “The Birth of Ornithology and the Production of Science in the New World: A New System to Navigate Through the Air Taken From the Observation of Birds (ca. 1760s).”

Congratulations to our scholars! Please see our full list of Cosmos Scholars here. 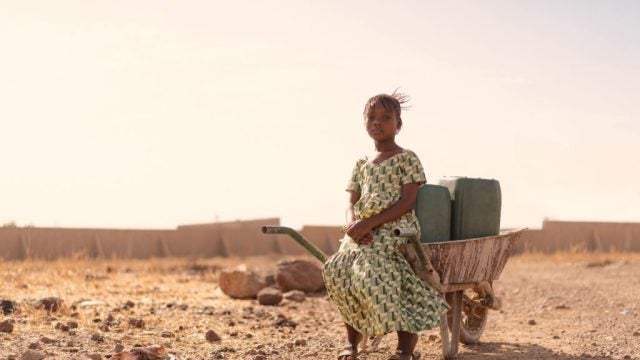 "Children bear the most severe threat that climate change poses to humanity." Emily Prest (G'23) and Prof. Joan Lombardi discuss the effects of climate change on children in this co-authored… 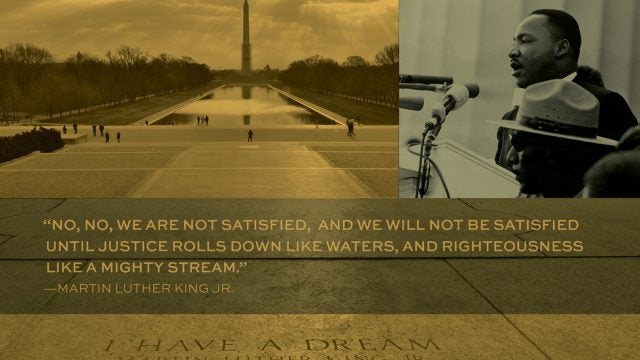 King in the Classroom

J.R. Osborn, associate professor in CCT, gleans insights from Teach the Speech to meet course objectives and facilitate understanding of Dr. King’s impact in the US and beyond. 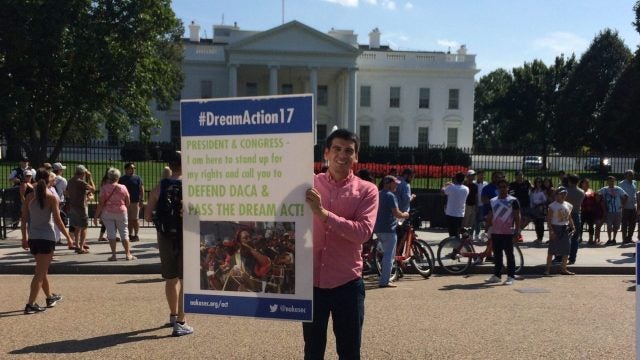 Early Recipient of DACA Earns His Ph.D. at Georgetown